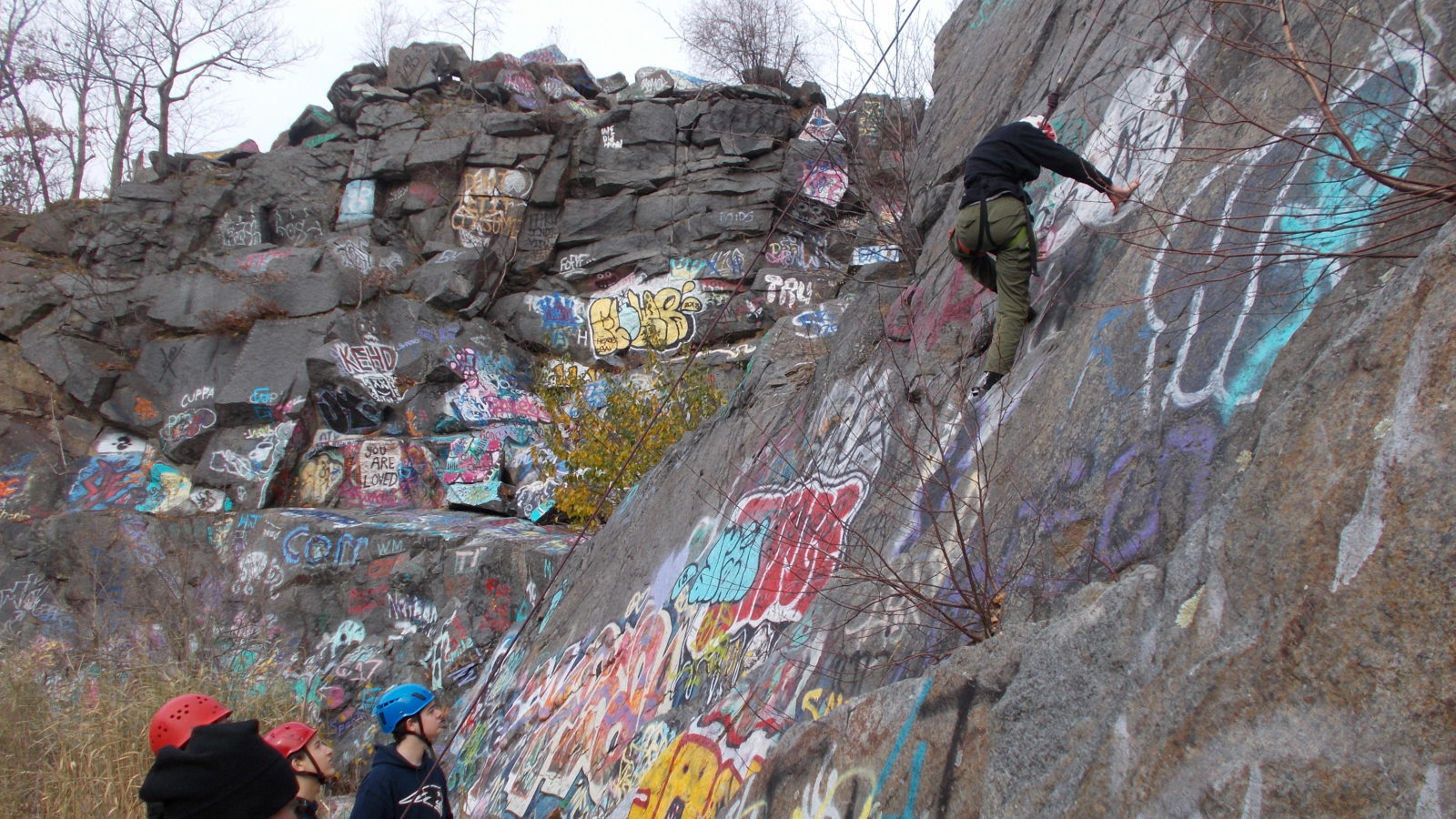 The camp Sayre trip, at Camp Sayre and Quincy Quarries, led by Joe Aubut and Ryan D’Alleva, climbed up some of the camp’s huge graffiti covered rocks and crossed the high ropes course. They stayed for two nights and hoisted the American flag while there before taking it down and folding it properly before sunset according to the US flag code. More pictures of their adventures are available.

On the weekend of November 16-18, Troop one went on a trip to Camp Sayre in Milton Mass. Despite the snow a day the before trip we braved the cold. We left from CVS on friday night to head to Camp Sayre. When we arrived we trekked through the muddy dark trail to our campsite which was basically a swamp from the rain and snow, we improvised and some camped in tents some camped in the adirondacks and one man decided to camp in his car, but before going, we all had some hot cocoa and a snack. The next morning we got up and had pancakes. We then walked over to the ropes course to start climbing. During the ropes course some people went to high elements while others worked together to scale the giants ladder. After that we had free reign over everything in the camp. Some people went and hung out in the Egan center playing in the music room and STEM room. Other went to the Ax yard or shot BB guns, but all in all everyone had fun! Around 3:00 everyone headed down the Egan Center to go for a swim. After the swim we headed back to camp and started working on dinner. After a delicious dinner we hung around a campfire and soon the campfire program started. The campfire program was filled with great skits and soon after we headed to bed but not without issues. The younger scouts adirondacks was leaky and soaked all their gear but we found dry shelter for them in a cabin (scouts did note that it was basically a adirondack but with 4 walls) the next morning we got up early so to get the Quincy Quarry early. When we got there one group went up to do some rappelling (lowering themself down the mountain) while another went to go climb. After about an hour and half of climbing the scouts observed the grafiti. While some of the scouts went climbing others who did not want to climb service hours cleaning up the Quarry. We then left to go get Ice Cream and head home. All in all Camp Sayre was an awesome trip and filled with fun times despite the cold 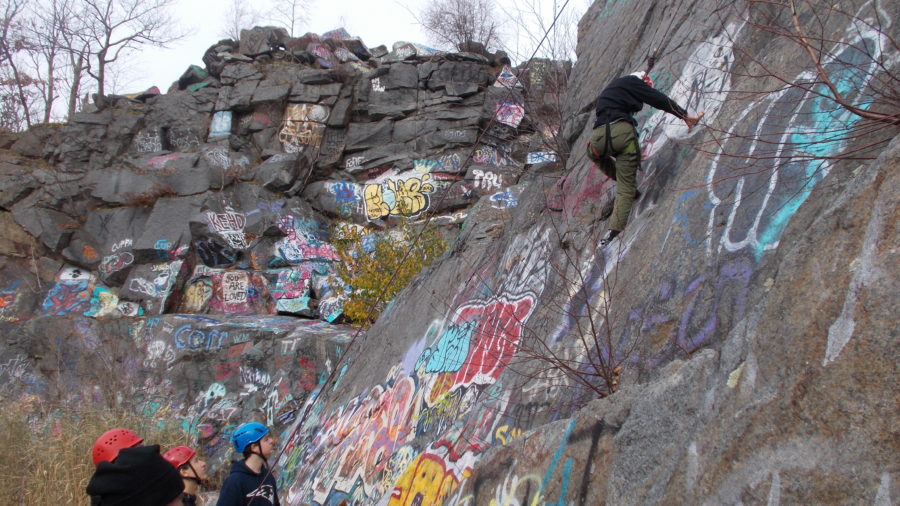 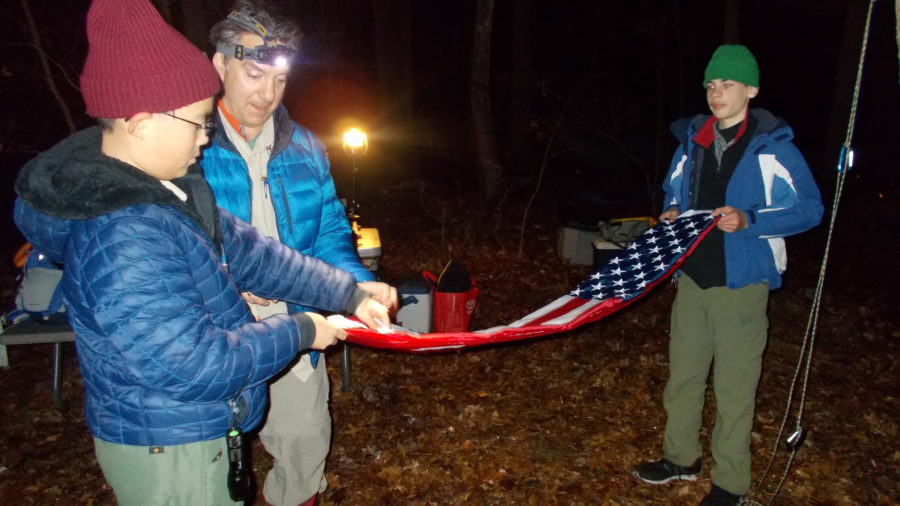 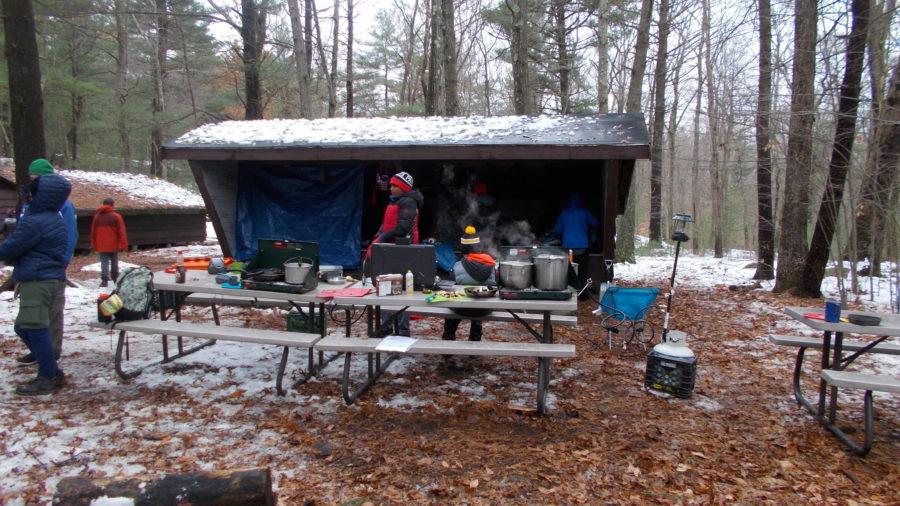